Above The Rest, Jr. Welterweight Boxer 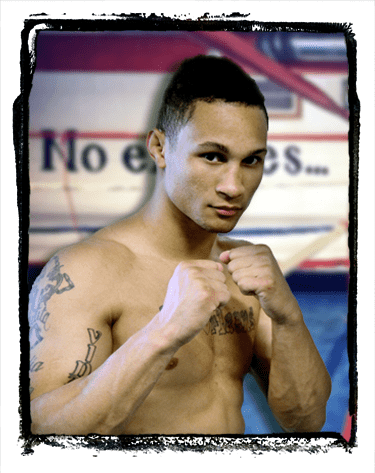 Years have passed, but Regis Prograis can’t let go of his hometown memories. The walks to the corner store and the joking at school with old friends in the Eastern section of the lower ninth ward of New Orleans are merely memories.

Like thousands of others, his life along with his neighborhood was washed away in one August night as Hurricane Katrina ravaged the Gulf Coast, and exposed the flawed levee system of New Orleans. What was once a large, gentrified city is full of deserted communities that once were.

Prograis arrived in Houston, Texas with his family, but not much else. They had no home, no employment, and no friends, simply a suitcase scarcely filled with clothes and toiletries.

One month before Hurricane Katrina, Prograis decided to begin boxing. On his first day, those in the gym discovered that Prograis hit like a mack truck. It was clear that he was a raw diamond that, if polished, would gleam brighter than any other.

Now in Houston, Prograis wandered into the nearest boxing gym by his newly acquired residence, an apartment in the southwest side of Houston, the Savannah Boxing Club. Known for housing undisputed lightweight world champion Juan Diaz and a stellar amateur team, Prograis had a full set of professional resources at his disposal. The results showed immediately, as Prograis dominated local tournaments one after another. In 2009, he won the annual Ringside tournament in Lynexa, Kansas, attended by all of the top amateur boxers.

Within four years, Prograis has become one of the top 152 pound boxers in the country. Left-handed with immense natural strength, Prograis does not just defeat his opponents but brutalizes them. A smiling, confident opponent usually ends the bout a bloody mess, reconsidering his future in the sport.

Ending his amateur career with a trip to the 2011 USA Olympic Trials, Prograis embarked into the professional ranks and looks to represent all the current and former residents of New Orleans in a positive light: “I just want to show everyone that something good can come out of a bad situation.”