Above The Rest, Super Bantamweight Boxer 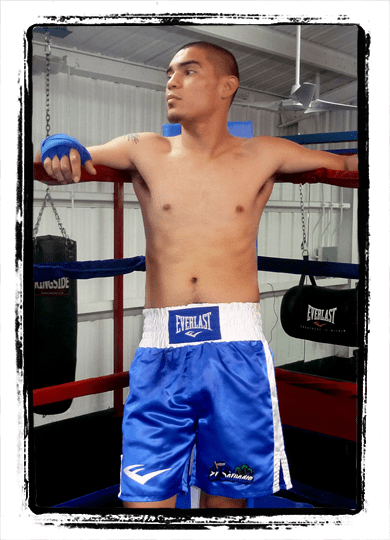 During the 1980’s a fierce civil war broke out in El Salvador.  Cruz’s parents, like so many other Salvadoran nationals, escaped to find a better life for themselves and their children.  Pablo has flourished in boxing, a sport picked up to maintain his conditioning for futbol and cross-country, and with his dual citizen status has went on to represent El Salvador in numerous international events.  Cruz was the 2011 National Champion of El Salvador.  ‘El ZanKudO’ has a fan friendly style along with a throng of supporters, including the band BARRA 503, who cheer, play music and dance throughout events featuring Pablo.  Every time Cruz fights, there is a party at the bouts.

Jose Santos heard the footsteps as he went to each soccer game. With each passing contest, he noticed that the number of his friends constantly dwindled. Caught in the middle of a furious civil war were he and the other children of El Salvador. Soccer games were the ideal place for guerilla forces to gain new troops via kidnapping, for masses of innocent children would be in the same place at the same time.

There was no good side in this civil war. Shockingly, the government was committing the same acts of child kidnapping for the use of gaining child soldiers. Eventually, Santos was fed up, “I was tired of running, so I signed up for the government military armed force.” 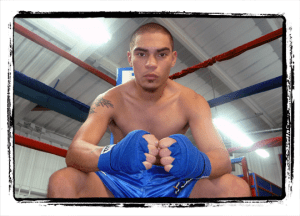 After five years of vociferous fighting in a furious civil war, Santos made a life-altering decision. He took his wife and escaped to the United States, under the auspices of political asylum, to start a new life, one rooted in peace not war.

Rising from these shadows is Pablo Cruz, the son of Santos.

Born in the United States two years after his father’s arrival, Cruz’s life was one of peace and solitude, until the fight between Oscar De La Hoya against Julio Cesar Chavez in 1996. Suddenly, the warrior within was awakened, and Cruz headed to the nearest boxing gym to pursue his very own form of war.

Since then, he has toiled away at his craft. A sophisticated slugger with unquestionable heart, Cruz has been known to fight a tournament with broken ribs, notifying his handlers only after the conclusion of the final bout.

Now, he takes his warrior bloodline in combination with his amateur experience and formal training to the professional realm, where he hopes to become the next Carlos “Famoso” Hernandez, the only Salvadoran boxer to ever become world champion. “Famoso is a hero to all Salvadorans, and I would like to become like him, a hero for all the people of El Salvador.”